What Salespeople Need to Know About the New B2B Landscape

Forget the funnel and the classic AIDA model, what a colleague of mine describes as “disrupt the linearity“, buyer’s journey aren’t linear anymore.  It’s about being closely aligned between sales and marketing, in a smart and adaptable combination of in person and on line relevant activities, of course customer obsessed. It’s no longer an “OR”, but rather an “AND”.

This HBR article, source below, is not very recent (2015), but reading it again just highlighted how we should completely revisit our joint Sales & Marketing go to market. Key to your success if not done already or at least started, digital and human have never been so much interweaved than today in B2B demand generation.

Source: What Salespeople Need to Know About the New B2B Landscape 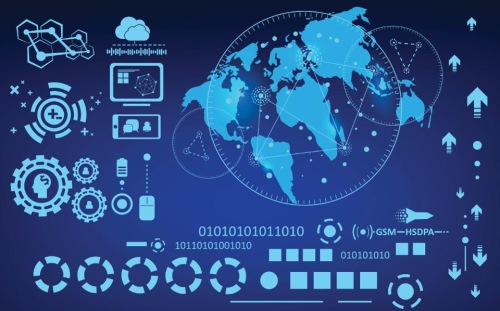 Amazing new areas of growth, innovation and focus for investment. Definitely #AI and #MachineLearning to watch. Here is a good summary from Forbes:

These and other findings are from the McKinsey Global Institute Study, and discussion paper, Artificial Intelligence, The Next Digital Frontier (80 pp., PDF, free, no opt-in) published last month. McKinsey Global Institute published an article summarizing the findings titled How Artificial Intelligence Can Deliver Real Value To Companies. ”
More on Forbes

As usual, Mary Meeker delivered this presentation during Web 2.0 summit and summarizes important trends in our industry with a lot of meaningful data.

Emmanuel Obadia in a podcast (French)

Online leads: do you act timely to respond?

Reading an interesting research summary in HBR that I wanted to share.

Whether you are a B2B or B2C company, the time taken to respond to prospects stimulus online can significantly change the ROI of your web presence. As this research shows, many firms are too slow to follow up on these leads. As HBR states:
– 37% responded within an hour
– 16% within one to 24 hours
– 24% took more than 24 hours
– and 23% never responded at all!

As companies are investing significantly to get prospects out of the web, they should have a much better turnaround, don’t you think?

Reasons not to do so include retrieving leads from CRM daily rather than on the fly, sales forces focusing on their own generated leads and rules for leads dispatching not effective enough (“fairness” can be damageable).

Where are you with this? Better know where your marketing ROI is headed sooner than later.

– Posted using BlogPress from my iPhone

Unhappy Customers Can Be Won Back via Social Media

According to a report (pdf) sponsored by RightNow, Social Media is an effective way to bring back unhappy customers. Marketing Charts reports about it as well here. The research present a number of facts to support this:
– 68% of consumers who posted a complaint or negative review on a social networking after a negative holiday shopping experience got a response from a retailer.
– 18% of those turned into loyal customers, 33% turned around and posted a positive review and 34% deleted their original negative review
On top of it 50% of consumers say great customer service/experience influences their decision to buy from a specific online retailer and after a positive shopping experience 31% purchased more from this retailer.
Finally, 28% of consumers looking for information or support with online shopping researched what other customers said on social networking and reviews websites.
In many cases, the 32% of US consumers who posted a negative review of a holiday shopping experience in 2010 and were ignored by the retailer simply had a bad impression reinforced. Six in 10 (61%) of these consumers said they would have been shocked had the retailer contacted them.
So YES social media has a growing influence on your customers loyalty and you should be paying attention to it. Actually we all know that a happy customer is the most effective sales influencer when turned into an advocate.

According to the same research, for consumers who had a positive exeprience this holiday season online, 21% recommended the retailer to friends and13% posted a positive online review about the retailer.

2010: Resurgence for Digital Media in the Wake of the Recession

I mentioned previously this interesting research from Comscore, and I wanted to highlight more general trends about digital media coming out of it.
Comscore outlines that the digital media industry responded with significant growth across various media platforms to the wake of the recession. As they say:

“Industry innovations brought an unprecedented number of options to consumers as digital media continued to weave itself even tighter into the fabric of Americans’ daily lives.” — comScore

Key findings about consumer trends, highlighted in the report, include:

In short, businesses should consider these aspects of Digital Media in their strategies to be successful in the coming years:

As I track the evolution of e-commerce, I found these results coming from Comscore pretty interesting.

e-commerce revenue reached $227.6B for the entire year, growing 9% compared to 2009, and varies per industry:

This signals a recovery since the end of 2008, after a two years depressed situation due to the economic downturn. The 2010 holiday season was at a peak with a 12% growth, reinforced by some promotional activity – most notably free shipping. The Cyber Monday (Nov 29th) did peak at $1.028B surpassing for the first time the $1B mark. Groupon.com attracted 10.7M unique visitors in December, up 712% vs 2009.

Interesting evolution since my post e-commerce revenue over $100B back in January 2007 i.e. it more than doubled since 2006 even with a major downturn in between.

So, how is your e-commerce strategy going? Maybe a good time to revisit if you have one and definitely start one if you haven’t.

If you want to know more, you can download the comScore 2010 US digital year in review report.

How does your marketing compare to best in class? 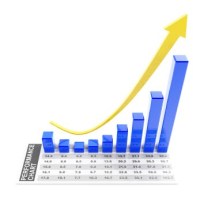 A recent research from Aberdeen about Marketing Asset Management gives an opportunity to compare to the best in class.
Aberdeen uses 3 key performance criteria to compare:

To achieve best in class performance, you need to